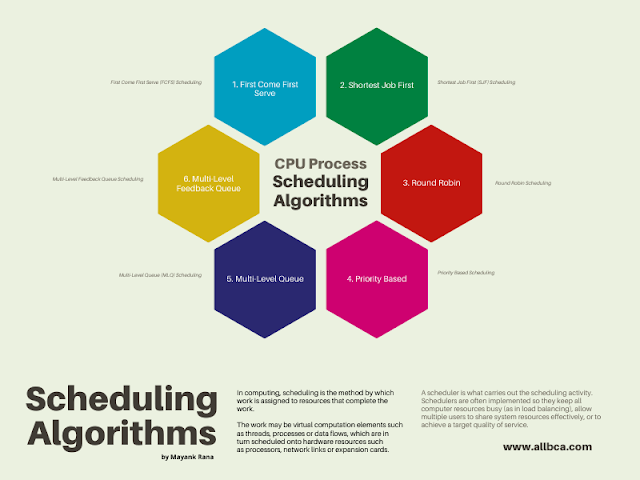 Ans. There are various CPU process scheduling algorithms in OS:

FCFS is the simplest scheduling algorithm, its implementation is straightforward which is maintained by FIFO (First In First Out) queue. Once a process has the CPU, it runs to completion. A FCFS scheduling is non-preemptive which usually results in poor performance. As a consequence of non-preemption, there is a low rate of resource utilization and system throughput. 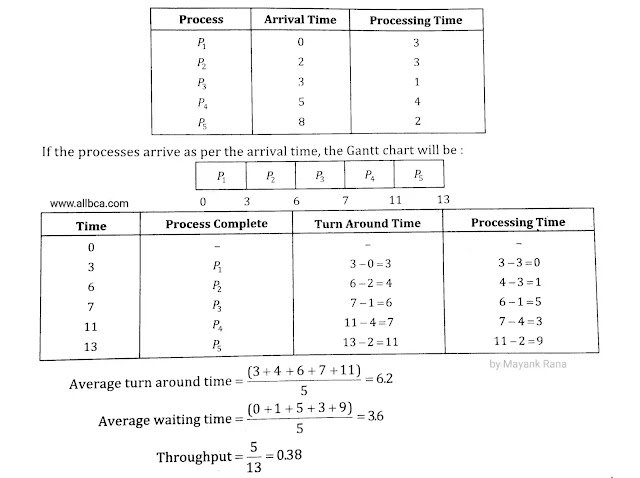 Shortest job first scheduling is a non-preemptive discipline in which a waiting job with the smallest estimated run time to completion is run next. In other words, when CPU is available, it is assigned to the process that has the smallest next CPU burst. If two processes have the same CPU burst, FCFS is used. The SJF schedular searches the ready queue to find the job or the process with the shortest execution time.

Using SJF scheduling because the shortest length process will first get execution.
The Gantt chart will be:

One of the oldest, simplest, fairest, and the most widely used algorithm is Round-Robin. The round-robin scheduling algorithm is primarily used in time-sharing and multi-user system environments where the primary requirement is to provide reasonably good response times and in general to share the system fairly among all system users. Basically the CPU time is divided into the time slices. Each process is allocated a small time slice called Quantum. No process can run for more than quantum while others are waiting in the ready queue. 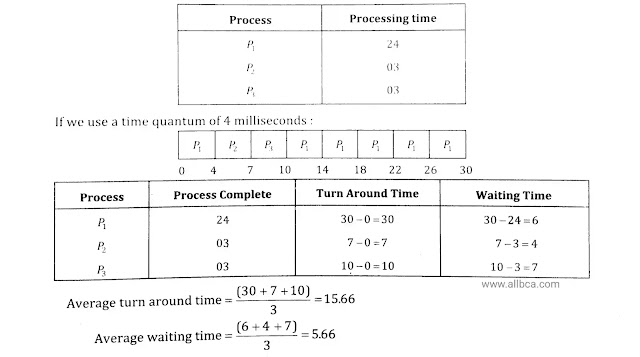 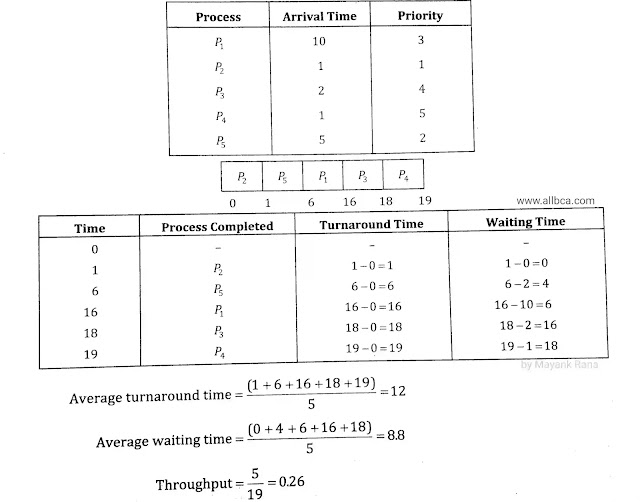 A multi-queue scheduling algorithm partitions the ready queue in several separate queues. For example, interactive processes and batch processes could be considered as two types of processes. In a multi-level queue scheduling processes are permanently assigned to one queues.

The processes are permanently assigned to one another, based on some property of the process, such as:
(a) Memory size.
(b) Process priority.
(c) Process type.

The algorithm chooses the process from the occupied queue that has the highest priority and run that process either:
(a) Preemptive.
(b) Non-preemptive.
Each queue has its own scheduling algorithm or policy.

Possibility I : If each queue has absolute priority over lower priority queue then no process in the queue could run unless the queue for the highest priority processes were all empty.

A process can move between the various queues, aging can be implemented this way. Multi-level feedback queue scheduler is defined by the following parameters:

Scheduling: A new job enters queue Q0 which is served FCFS. When it gains CPU, job receives 8 milliseconds, or it does not finish in 8 milliseconds, the job is moved to queue Q1 ,

At Q1 job is again served FCFS and receives 16 additional milliseconds. If it still does not complete, it is preempted and moved to the queue Q2.