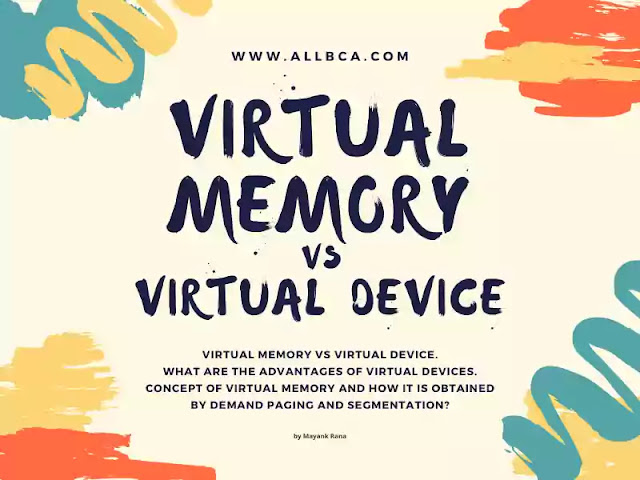 Q1. What is Virtual Memory in OS? 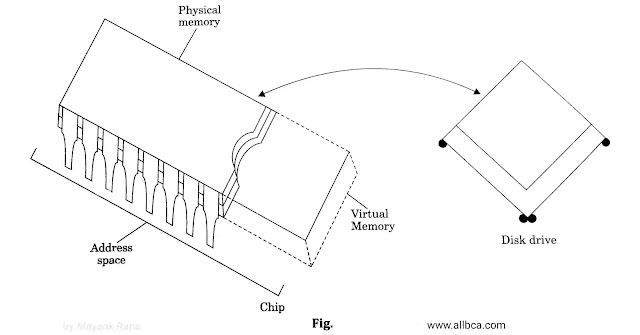 The process of translating virtual addresses into real addresses is called Mapping. The copying of virtual pages from disk to main memory is known as Paging or Swapping.

Q2. What is Virtual Device? What are the advantages of virtual device?

Ans. Virtual Devices: A virtual device mimics a physical hardware device, fundamentally tricking the CPU into believing that a device exists when it really doesn't.
For example, fax software can act as a virtual printer. When the print is selected, the document is sent to a fax/modem, which then sends information to another fax/modem or fax machine instead of a printer printing the file.

The advantages of virtual devices are:
(a) They are used to fix an error in the operating system. For example, a bug or a virus can be detected by supposing an external device is monitoring it.
(b) Virtual devices reduce the networking hardware investment and eliminate dependencies on hardware.
(c) They simplify management and access with centralized access control.
(d) Virtual devices allow us to reduce or eliminate the overhead associated with traditional networking components.

Q3. Explain the concept of virtual memory in OS and how it is obtained by demand paging and segmentation?

Ans. Virtual Memory in OS: Virtual memory is a memory hierarchy consisting of a computer system's memory and a disk, that enables a process to operate with only some portions of its address space in memory.