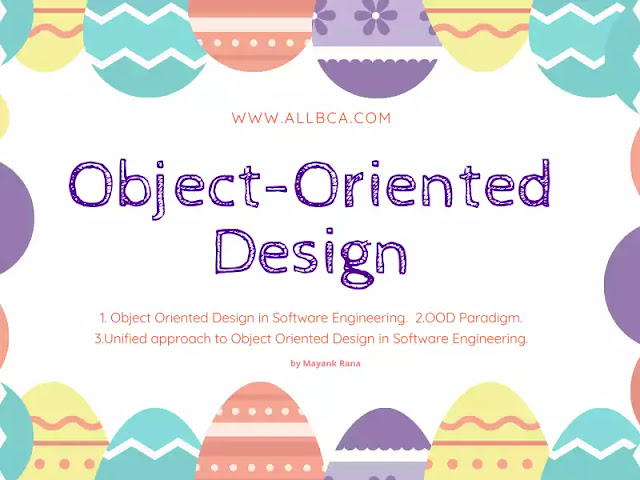 Ans. Object-Oriented Design: It transforms the analysis model creating using object-oriented analysis into a design model that serves as a blueprint for software construction. For object-oriented systems, we can define a design pyramid as shown in the figure. 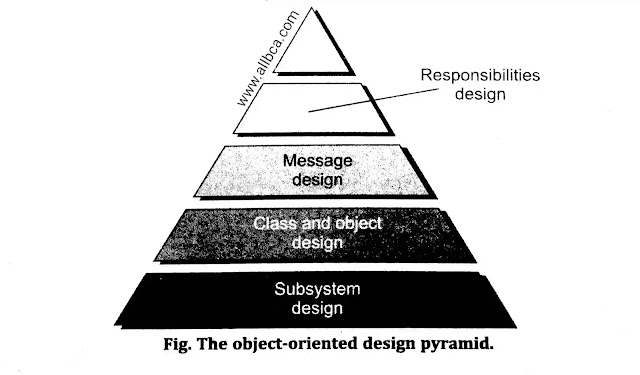 The four layers of OOD pyramid are:
1. The Subsystem Layer: This layer contains a representation of each of the subsystems that enable the software to achieve its customer defined requirements and to implement the technical infrastructure that supports customer requirements.

2. The Class and Object Layer: This layer contains a hierarchy of classes, which enable the system to be created using generalizations and increasingly more targeted specializations. This layer also represents each object.

3. The Message Layer: This layer contains the design details, which enables each object to communicate with its collaborators. This laver establishes the internal and external interfaces for the system.

4. The Responsibilities Layer: This layer contains the data structure and algorithmic design for all operations and attributes for each object.

The OOD pyramid focuses on the design of a specific system. Note that another layer of design exists, which forms the foundation on which the pyramid rests.

The foundation layer focuses on the design of domain objects, which play a key role in building the infrastructure for the object-oriented system by providing support for human/computer interface activities, task management and data management.

Ans. Object Oriented Design: It is not dependent on any specific implementation language. Problems are modelled using object. It is a further advancement in the field of software development design, the data oriented techniques involved into object oriented design techniques.

Objects are categorized into classes and class hierarchies. Each class contains a set of attributes that describe it and a set of operations that define its behaviour.

Objects encapsulate both data and process. Three important concepts differentiate the object oriented approach from conventional software engineering. Encapsulation packages data and the operations that manipulate the data into a single named object.

Inheritance enables the attribute and operations of a class to be inherited by all subclasses and the objects that are instantiated from them.

Polymorphism enables a number of different operations to have the same name, reducing the number of lines of code required to implement a system and facilitating changes when they are made.

1. Object: An object is an entity which defines a 'thing' or 'item'. If we were defining a chair as object it could have the following characteristics :
(i) Cost.
(ii) Weight.
(iii) Dimensions.
(iv) Color.

Thus, we define an object as an item with which you can associate physically and the object has a set of characteristics.

4. Encapsulation: Object oriented design defines objects as real objects and operations that can be performed on it. You can buy, sell, weigh or move a chair. These operations are encapsulated along with the characteristics of the object.
This feature is called encapsulation which is not used in data centered approach.

Q3. What do you mean by the unified approach to Object Oriented Design in Software Engineering?

The result is Unified Modeling Language (UML). UML has become widely used throughout the industry. 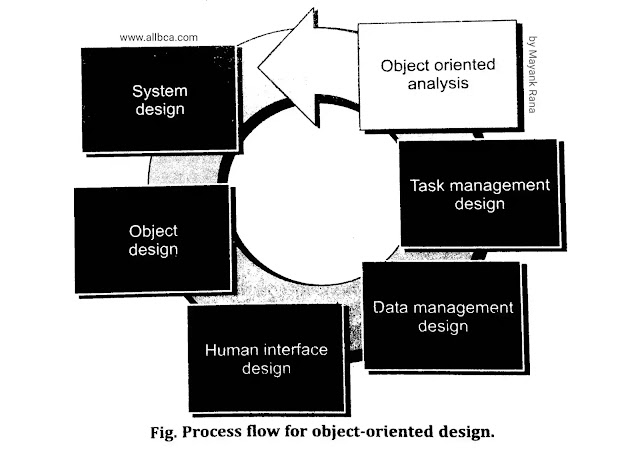 UML object design focuses on a description of objects and their interactions with one another. During UML object design, a detailed specification of attribute data structure and a procedural design of all operations are created.

Moreover, in object design, the visibility for all class attributes is defined and interfaces between objects are elaborated to definite the details for a complete messaging model.

UML system and object design are extended to consider the design of user interfaces with the system to be built. The user model view drives the user interface design process, providing a scenario that is elaborated iteratively to become a set of interface classes.

User interface deign in UML entends to the design of data management. Data management design establishes a set of classes and collaborations that allow the system to manage persistent data.

Data management design in UML extends to the design of task management. This design establishes the infrastructure that organizes subsystems into tasks and then manages task concurrency. This process flow is depicted in the figure.