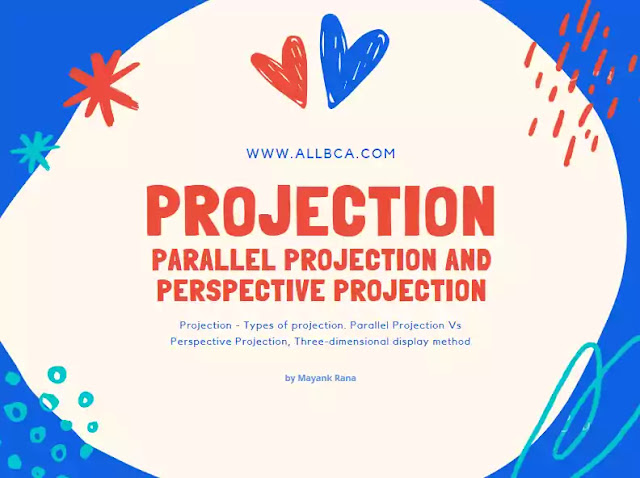 Q1. What is Projection in Computer Graphics?

Ans. Projection is the process of converting the 3D objects into 2D objects. Projection is also defined as a mapping or transformation of the object in a projection plane or view plane. The view plane is displayed surface.

Ans. There are two types of projection: Parallel Projection and Perspective Projection.

In a parallel projection, parallel lines in the world co-ordinates scene projects into parallel lines on the two-dimensional display plane. This technique is used in engineering and architectural drawing to represent an object.

(2) Perspective Projection: Another method for generating a view of a three-dimensional scene is to project point to the display plane along converging paths. This causes objects further from the viewing position to be displayed smaller than the object size that is nearer to the view position.

In perspective projection, parallel lines in a scene that is not parallel to the display plane are projected into converging lines. 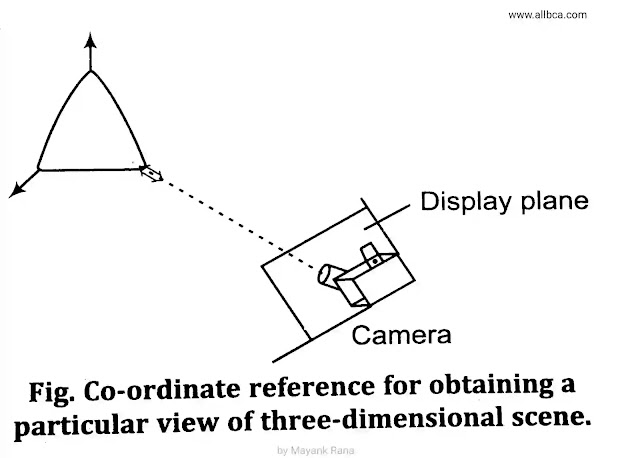